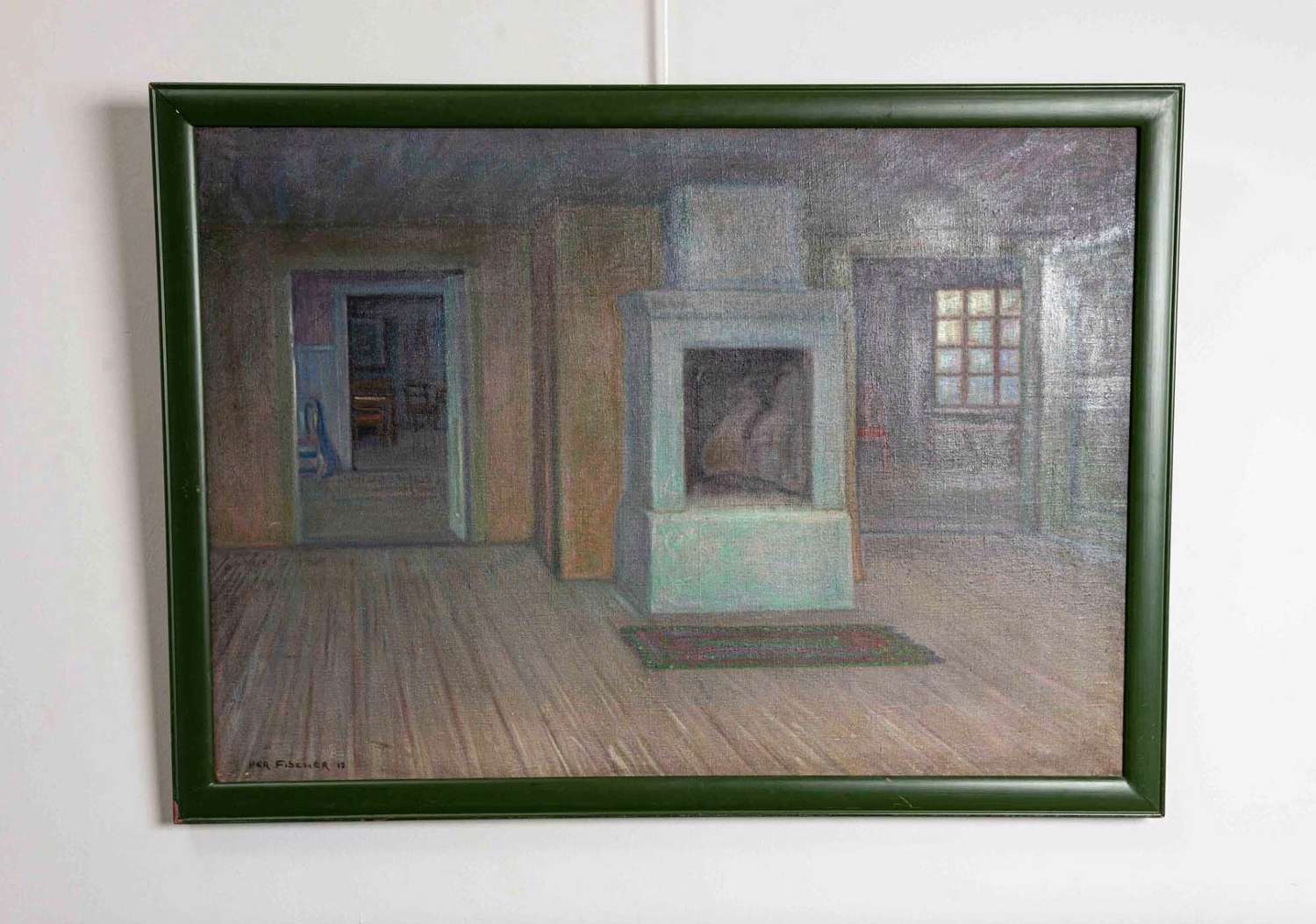 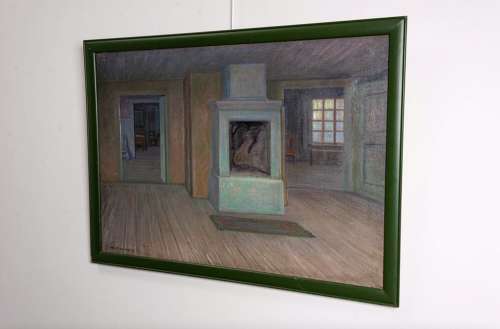 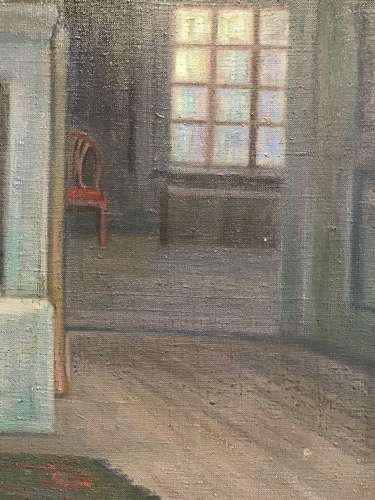 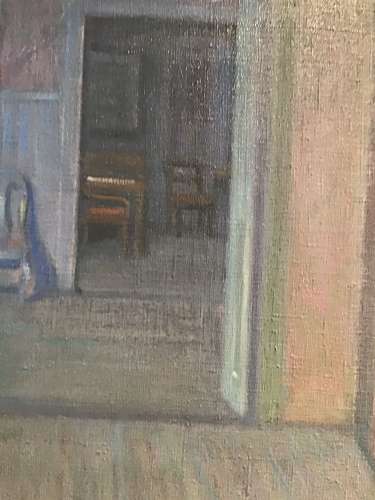 Framed oil painting of an interior of a traditional style scandinavian home. Signed and dated 1910 by the artist Per Fischer.

In various muted tones of light browns, blues and green it depicts a front room with a large wood burning stove and views of rooms leading off it.

Fischer was known to be a landscape painter and printmaker. He studied in Norway and Germany and exhibited as part of the 'de Frie' group in Sweden and europe. He later went on to become an interior designer.